After midnight, around 12:45 am, I received word of an illegal timber transportation about to take place from ‘AluthOya’ to ‘Madirigiriya,’ passing through Kaudalla National Park. I was part of a posse of eight officials, two of which were Rangers; Mr. Rathnayaka and Mr. Pushpakumara, along with the driver of the cab, Mr. Thilakaratna, who went on the raid to catch the perpetrators in the act.

From our experience, those who engage in the unsanctioned cutting down and transportation of timber, are also not above poaching, being seasoned hunters with weapons and ammunition. After arriving at the destination and parking our vehicle a fair distance away from the road, I instructed my group to stay put and wait until called upon, while three of us went to ‘Kotuathu’ (man-made concealment spots in the ground built by accumulating fallen branches, dry leaves and various plants, for the purpose of hide in and hunting animals coming to the waterfront) to observe and report any suspicious activity. It is common practice to build a ‘Kotuathu’ in close proximity to a water source, in our case, it happened to be a stream.

With only the feeble streaks of moonlight emerging through the thick canopy to illuminate our surroundings, for we had turned off all flashlights for fear of alerting any no-do-wells, I along with the field assistant and the driver followed, cautiously made our way to inspect  Kotuathu locations. I headed towards a great ‘Kumbuk’ tree growing beside a nearby Kotuathu. Perhaps it was my nerves, excited with the prospect of the upcoming ambush, that I barely had time to recognize the rank scent and register the presence of the massive bull elephant standing at an arms-length before me.

Had it not been for the remarkable, involuntary response provoked by survival instinct; kicking into gear at the moment of grave peril, and forcing me to dodge out of the angry behemoth’s way at the nick of time, I would not be alive today to tell this tale. The gargantuan beast’s roar of rage and our terrified screams aggregated into a deafening explosion of sound that ripped and echoed throughout the silent, peaceful forest.

Once the enraged colossus had retreated into the thicket and we had managed to gain some semblance of our bearings, I heard panicked voices shouting and yelling that did not emanate from any one of us. In our hesitation to gather our senses, we had become completely oblivious to our mission, the suspects were alerted to our presence of and were now shooting haphazardly in our general direction. We were able to duck for cover just in time to avoid getting hit a but in the aftermath of the sudden chaos, the rest of our team, who were ignorant of our exact position for we had failed signal them, also started firing in our direction. Ironically, we ended up dodging fire from both friend and foe.

It took us a while to distinguish the friendly fire from that of the hostiles, but by that time the gunfire from the suspects had started to slow down, until finally, it ceased. We made our way towards the enemy base to find eight bikes with wooden planks tied to each one. Our attackers had fled the scene on foot.

Even though we failed to catch the crooks, our spirits were lifted and soared with the understanding that there were no grave injuries or casualties among us, despite several close and frequent calls with death. Everything was well. 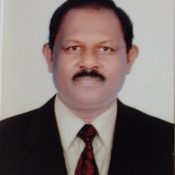 Mr. D. M. Weerasinghe, Polonnaruwa Wildlife Superintendent, 1st Grade, has joined the Department of Wildlife Conservation in 1998 as a Staff Officer. Mr. Weerasinghe has been serving as the Assistant Director (Legal) since 2013.

He is currently studying for a Higher Diploma in Criminology at the Sri Lanka Foundation Institute.

Mr. Weerasinghe’s beloved family of wife, daughter and son lived with him in Battaramulla.

Minneriya and Kaudulla National Parks are world famous for watching natural behavior of Asian elephants (Elephas maximus). The grasslands around the Kaudulla Reservoir are a haven for elephants. Herds of elephants can be seen here throughout the year and during the dry season of August-September up to 200-300 elephants in herds at a time are abundanton thetank field.

National Parks are protected areas that provide complete protection to wildlife and allow wildlife lovers to view and study the wild animals and natural ecosystem. A total of 26 National Parks have been declared in Sri Lanka under the Fauna and Flora Protection Ordinance promulgated in the year 1938.

Kaudulla National Park is located in Medirigiriya and Hingurakgoda Divisional Secretariat areas in Polonnaruwa District. It covers an area of ​​6900 hectares and was declared as a National Park on 1stApril 2002.

This National Park is known as Kaudulla National Park as it has been declared in the vicinity of Kaudulla Reservoir. Kaudulla Reservoir was built in the 3rd century A.D. near the Minneriya tank during the reign of Great King Mahasen. This reservoir is important then and still nowas a civilization and cultural heritage based on agriculture.

Annual rainfall in Kaudulla National Park is between 1500-2000 mm. The highest rainfall falls in the northeast monsoon from November to February. The dry season is from April to October. The temperature varies from 20-34.5 degrees Celsius.

Likewise, there are many species of animals found in associate with this ecosystem. Elephants, elks, spotted deer herds, mouse deer and wild boars can be seen in the park’s various grassland and wetland ecosystems. There are also tigers, bears, crocodiles, aquatic birds and various species of fish. The park is also home to a number of native as well as migratory birds. Aquatic bird species such as cormorant, Indian teal and herons can be seen here along the small reservoirs and canals.

Kaudulla National Park, which is known as a place for elephants to roam and to observe their behavior during the dry season, also elephants use this area as their migratory corridor at different times i.e. the corridor of the elephants from the Ritigala Strict Nature Reserve to the Somawathie National Park is fallen through this national park.

This precious National Park, which provides habitat for itsfaunaand flora and attracts the attention of local and foreign tourists, is under various threats today. Wildlife officials at the park are constantly engagein cobatting illegal logging, poaching, wildfires, illegal land acquisition, releasing of cattle into the park, and sand mining.