I joined the Department of Wildlife Conservation on 1st October 2004. I had to serve in North West and Anuradhapura North areas. This is a large area; it covers fairly about half of Sri Lanka’s wilderness and it is very difficult as well. At that time, most of the areas on this side were controlled by the LTTE. Therefore, there were very few veterinary surgeons served there.

Because of the presence of LTTE in this area, there was a great threat to life. Always sounds of shootings were frequent. Mines were planted almost everywhere. We had to move around about 200-300 km per day to rescue animals. We must go anywhere only with the permission of the Sri Lanka Army. The Army search operations were carried out sometimes for hours. The procedures to get permission were bit longer. Certain days we had to stay in military camps. Mostly, we had to go to treatment with military assistance. The army also does not like to walk much because of landmines. We did not tell our homes about this situation.

We had a team of about twenty people for such operations. Veterinary Surgeon, Dharmakirthi was also there. On that day, we anesthetized the elephant, caught it, loaded it into a truck and took it to another area with the hope of releasing it.

Another incident happened in this area. The country was peaceful then. The Vavuniya District Secretariat notified that an elephant had fallen into a well in LTTE control area, it has been informed by the LTTE. The Vavuniya District Secretariat coordinated between us and the LTTE. A group of 5-6 of us took permission from the army and left.  District Forest Officer of Vavuniya, Mr. Herath was also with us. There is no army beyond one place and the area was under the control of LTTE. There was no one in the street. Armed persons were looking at us everywhere. The Women’s Corps were also present. There were many child soldiers also. We were very scared.

They don’t know Sinhala language and we can’t understand Tamil also. We talked in English with people who could speak a little English. They checked our vehicle. In addition to the anesthetic guns, the vehicle had a repeater gun, under the rug. They did not see it. LTTE cadres left with us on two motorbikes each in front and behind. Each man had two weapons.

During this visit, we saw LTTE camps covered with iron plates. Tractors were also parked there. Meantime, we met an Engineer who studied with me at Peradeniya University while they were renovating roads. He coordinated for us. When going to the place, a large group of villagers had gathered. The elephant has fallen into a deep well. When looking from above, the elephant looked small and white. It has been in the well for about 10 days.

We gave the elephant 4-5 bottles of saline. Suddenly the elephant got up. We all ran directions where our heads turned. The LTTE cadres also took weapons and ran. I hid behind a tree and I found an LTTE cadre was also there. He started shooting up. After I said not to do so he stopped. Here I took out our repeater gun. LTTE cadre was worried because he had not seen the weapon before. But they were explained that we will carry the repeater gun anyway in such operations. They checked it thoroughly.

Later LTTE They gave us rice with brinjals and bush meat. Although not tasty, it was Ok. We were taken to their so-called political leader. I don’t remember his name now. He gave us a lecture on animal welfare. After leaving there, we came to the army camp. The army was not happy about our journey. When we came back that day, it was around twelve at night. Later I came to know that two people from the LTTE intelligence wing had also searched for details about me.

These two events are among unforgettable wild memories of my life.

Mr. ChandanaJayasinghe, was selected for the service of the Wildlife Department through a competitive examination and joined the service as a veterinarian on 01.10.2004, he completed his veterinary degree from University of Peradeniya. A post graduate in environmental science, Mr. Jayasinghe also completed a Diploma in ‘Wildlife & Rehabilitation’ in USA.

Veterinary Surgeon Mr.  ChandanaJayasinghe, who works in a remote area in Anuradhapura North-West and a Northern area, has a wealth of experience in field of Wildlife.

He is a father of two sons and a daughter. His wife Kalani works as a dance teacher at Central College, Anuradhapura, while both of his two sons study at St. Joseph’s College and daughter at Swarnapali Girls’ College.

Designated as a sanctuary on June 28, 1968 under the Fauna and Flora Protection Ordinance, 1937, the Madhu Road area is located about 25 kilometers East of Mannar in the Northern Province of Sri Lanka. The sanctuary covers an area of ​​103 square miles and is located in the Mantai East, Mantai South, Chenkalaveddy and Vavuniya South (Tamil) Divisional Secretariat Divisions of Mannar, Mullaitivu and Vavuniya Districts of the Northern Province. After the end of the civil war in Sri Lanka, in view of illegal sand mining, soil removal and development activities spread without government control, several sanctuaries in the Northern Province were planned to be turned into National Parks. Accordingly, it was recommended by the Joint Strategic Environmental Assessment of the Northern Province, which was published by the government in October 2014, with the support of the United Nations Development Program and the United Nations Environment Program (UNDP), the Madu Road Sanctuary and its surrounding forests, except for developed areas, are designated as National Park. Accordingly, recognizing its biodiversity, the government declared Madupara, Adam’s Bridge, Chundikkulam and Delft Forests as National Parks. Accordingly, Madupara Sanctuary with an area of ​​163,067.39 hectares has been gazetted as a National Park on 22 June 2015 under No.1920/3.

The shrine of Our Lady of Madu, a more than 400-year-old Roman Catholic St. Mary’s Church, which is a holy Catholic shrine in Sri Lanka, can also be seen near the MaduRoad National Park. 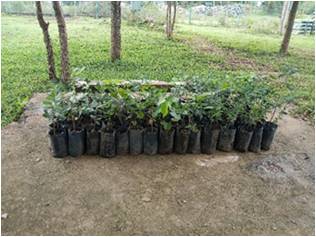 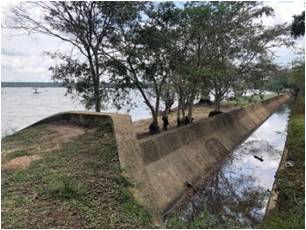 List of animals in the Madu Road National Park

List of trees in the Madu Road National Park

Photography–  pictures are from internet.