The rescuing of young elephant

As far as I remember, this incident happened in 2008. I then worked as a Veterinary Surgeon in the Eastern Region of the Wildlife Department. At that time, the LTTE was war there. There were guns among the people and hunting of wild animals was frequent. There were incidents where elephants were also shot. Elephants roam throughout the Eastern province especially in Amapara area and we could often see herds of elephants there.

The said elephant calf was shot in the leg and back. The young elephant is about 8 years old. This herd of elephants was in Galoya National Park. When we received the message, the young elephant that was shot was resting on a nearby island. Herds of elephants are visited to these islands in search of food. When the water level decreases, grass grows in the submerged part of the island. Herds of elephants swim back to the park after grazing. Fishermen know when that elephant herds come and go. They do not stay in the island in those days. The island where the baby elephant stayed was an island of about 10 acres; the land area changes depending on the water level and according to the water level at that time. This island is not completely submerged in water. A dense forest was present in the middle while grassland area was around the island. Although it came with a herd to graze, the calf was left alone on the island due to injuries and unable to swim back with the herd.

The fishermen informed the staff of Galoya National Park about the young elephant. We were informed by Galoya Park and Buddhika Withanage who was the caretaker of Galoya Park at that time.  Mr. Budhika, a school friend of mine helped us by providing boats, additional staff and necessary things to go there and treat the baby elephant.

By that time, I had only been in the service for 4 years and had little experience. It was my first time to treat an elephant on an island. My staff consisted of Wildlife Assistant Ranger Lawrence Benjamin, Wildlife Guard Sugath Jayathilake, Assistant Wildlife Guard Chamil Prasad, Sandun Hemanayake, who is now a Ranger and driver Karunaratne. This driver is also often involved in treatment work.

After medicine, we got off the boat and slowly followed the baby elephant’s footprints. We found a half-conscious baby elephant leaning against a tree.

This scene was a surprise to the staff of the Galoya National Park who were with us at that time. They had never seen an elephant that sleeps standing up. When the distance between the elephant and us was about 8 feet, we started injecting antibiotics. After the baby elephant slept soundly, we cleaned the wounds and treated them.There was a wound on the inner side of the front leg. Sugath Jayathilaka went between the elephant’s legs and cleansed the wound, although I warned him not to do so. After removing the pus and cleaning the wounds, everyone is very happy. We got on the boat after giving medicine to the baby elephant and waited. After some time, the baby elephant came to the tank field.

After that, we treated the baby elephant on several occasions, and no anesthesia was needed. Elephants that get injured often die. We saw this baby elephant recovering. The baby elephant grew up gradually. The young elephant reportedly swam away from the island, according to the fisherman later.

An indelible memory that makes me happy is saving the young elephant’s life despite adversity. 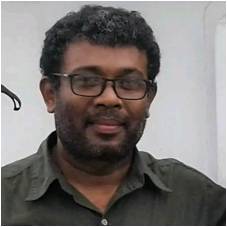 Veterinary Surgeon Deva Surendra got his first appointment at Udawala. From 2005 to 2006, he worked with Dr. Suhada Jayawardena at Udawalawe Elephant Transit Home. However, the then minister-in-charge summoned him to Ampara after learning of an instance of a person being killed by a wild elephant in Ampara town and from then until 2013 he worked in Ampara district. From 2013 until now he is working in Polonnaruwa District.

In addition to his bachelor’s degree, Veterinary Surgeon Deva Surendra, also studied a Master’s Degree in Environmental Science from the University of Peradeniya. He has completed short training courses in USA and Tanzania.

Their address is 14/5, Makulu Duva, Piliyandala.

Located in a quieter environment than other parks, Galoya National Park is a wonderful piece of land where both wildlife and tourists can roam freely.

Under the Galoya Multipurpose Irrigation Scheme started between 1949-1950 by Hon. D.S. Senanayake, who became the first Prime Minister of Sri Lanka, the reservoir built by blocking the Galoya rivulet was named Senanayake Samudraya. As a result of the construction of the Senanayake Samudraya, with an extent of 25900 hectares of land in the immediate catchment area of ​​the Reservoir was declared as the Galoya National Park on February 12, 1954. This park is located in the Eastern part of the island belonging to Monaragala and Ampara districts.

With the objective of maintaining conservation of the area as well as the long-term conservation of wildlife,  under the Fauna and Flora Protection Ordinance, with the prime objective of protecting  the Senanayake Samudraya  and surrounding watershed forests, four wildlife protection areas were established namely,  Galoya National Park, Senanayake Samudra  Sanctuary, Galoya Valley Northeast Sanctuary, and Galoya Valley Southwest Sanctuary, in the year 1954.

One of the four protected areas that make up the Galoya National Park, the Buddhangala Sanctuary has a stupa and the ruins of other buildings dating back to the 2nd century BC. Buddhangala Arana is located near the section called Malwatta towards the North from Ampara town. The ruins of this temple are spread over an area of ​​200 acres. It is believed that Lord Buddha has visited this area at his last visit to Sri Lanka. Ruins of monasteries, dagabs, stone pillars, steps, moon stones, koravak gal and mal asana are abundant there. Furthermore, you can see Buddhist shrines and ruins like Magul Maha Viharaya, Nilagiri Saya, Dighavapiya, Piangala, Pulkunawa etc. closer to the Galoya National Park. In the past, Galoya was known as Digamadulla, which was an Aryan settlement area in the past, whilst Rathugala-Nilgala villages situated in the hilly area of west of the park where the home to Sri Lanka’s indigenous people.

Danigala, Nilgala and Ulpotha mountains are the highest peaks and the highest peak is 900 meters. Located in the dry region of the island, this park receives rain during the northeast monsoon, and the average annual rainfall is between 1600-1700 mm. The soil of this land, located near the Senanayake Sea, is red-brown in color.

The plants native to the dry zone are found in this park and there are three types of vegetation in the forest. They are forests, shrubs and grasslands. About 45% of it is covered by evergreen forests, another 33% by grasslands and 9% by mountain pastures.On both sides of the valleys at the foot of the mountain there are very rich grasses and medicinal plants and the three main medicinal trees of Ayurveda are Aralu (Terminalia chebula), Bulu (Terminalia bellerica), Nelli (Phyllanthus emblica) and Gammalu (Pterocarpus marsupium) as well as Mana (Cymbopogon confertiflorus), Illuk (Imperata cylindrica) and other types of grasses are also abundant. The tall plants in this forest are Halmilla (Berraya Cordifolia), Etamba (Mangifera zeylancia) and Kalumediri (Diopyros quaesita), Weera (Dryptees sepiaria), Palu (Manilkara hexandra), Ebony (Diospyros altissima) and Divul (Limonia acidissima) and grasses. A number of indigenous trees such as Eraminiya (Zizyphus sp) are found in abundance. 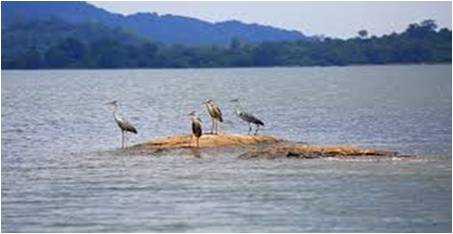 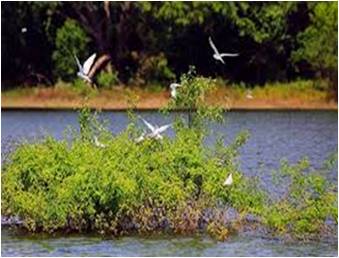 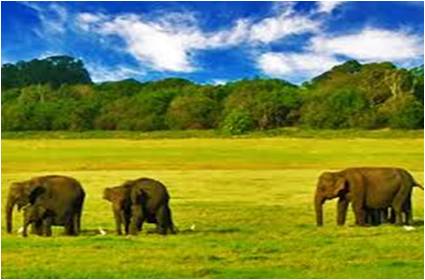 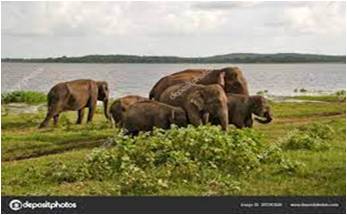 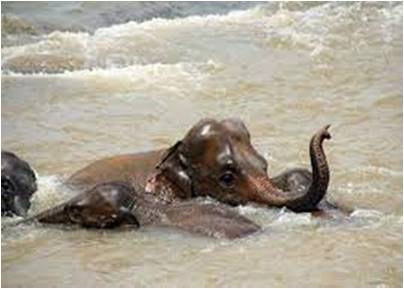 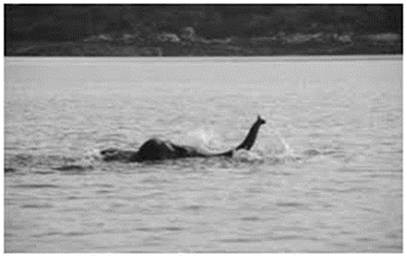 Galoya National Park is a truly peaceful place full of life that gives you a unique view of the splendor of nature that has evolved naturally untouched by the hands of man for centuries, where you can experience the true nature of the planet earth. As you walk on the still waters of Senanayake Lake, Galoya National Park you will feel the aliveness of life and you will soon realize that it is filed with marvels. The serene environment of the park allows tourists to explore with maximum freedom.

This land, which is a dry mixed evergreen park, is located about 368 km from Colombo. The entrance to the park is located in Inginiagala, 20 km west of Ampara. Galoya National Park can be reached from Colombo via Ratnapura, Pelmadulla, Balangoda, Wellawaya, Monaragala, and you can also reach Inginniagala by turning at the 17th mile post on the Siambalanduwa-Ampara road, via Colombo, Kandy, Mahianganaya, Ampara.

Tourists are provided facilities by the Department of Wildlife Conservation and permission must be obtained from the Head Office of the Wildlife Department in order to stay in tourist bungalows. Wildlife tourist bungalows are located in Ginniagala, Ekgal Oya and Nilgala and camp sites have been established at Pareviyanara, Mahdorovwa, Kossapola areas at closer Senanayake Tank.  Moreover, it is also possible to travel by jeep from Mullegama to Kahlabokka and from Aliwangua to Kossapolla.

List of animals in the Gal Oya National Park

List of trees in the Gal Oya National Park

Photography–  pictures are from internet